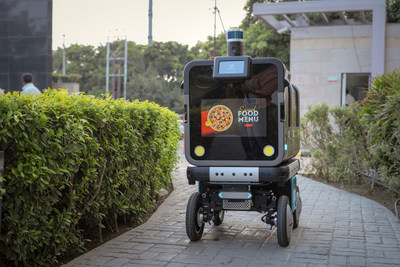 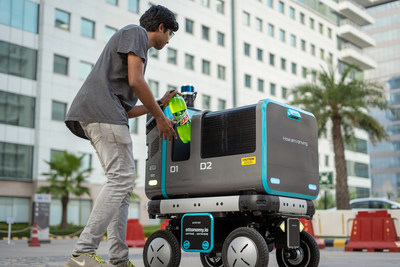 BROOKLYN, N.Y., Aug. 2, 2022 /PRNewswire/ -- Ottonomy.IO has announced the close of their seed funding round of $3.3 million bringing its total funding to date to $4.9M; supporting the scale of Ottobots for fully autonomous airport, retail and restaurant deliveries. The funding round is led by Pi Ventures who back deep tech startups. Connetic Ventures and Branded Hospitality Ventures and the Founder & CEO of Addverb Technologies, Sangeet Kumar, also joined this round; making the group a dynamic mix from retail, food and robotics industry investors for Ottonomy's seed round.

More on Ohio Pen
"Last mile delivery is the least productive, yet the most expensive part of the delivery chain. There is a strong need for automation, which Ottonomy fulfills with Ottobots," says Roopan Aulakh, Managing Director from pi Ventures. "Ottobots are equipped with a sophisticated tech stack both at hardware and AI level. The founding team here brings years of multi-functional robotics experience, reflecting in the world class product that they have built and commercialized."

"The team and I have been deeply vested into autonomous driving for more than a decade. We believe fully autonomous delivery robots are not only a precursor to autonomous vehicle proliferation but are solving today's biggest challenges like - the labor shortage; enabling staff to do more with less," says Co-founder and CEO, Ritukar Vijay. "Introducing Ottobot 2.0, we are bringing best in class maneuverability, accessibility and modularity to our fully autonomous robots; which sets us ahead of our competition."

With strong customer validation and positive response from customers at Cincinnati International Airport (CVG), the company has started partnerships with multiple airports across the US and Europe. In addition to expanding its curbside and last mile delivery technology advances, the company is involved with top Fortune 500 corporations in the retail and restaurants industry across North America for wide adoption.

More on Ohio Pen
The award-winning robotics company has successfully completed pilots at the Newlab 5G Studio in New York using Verizon's 5G networks, making a huge leap in capability to deploy large fleets and increasing its footprint across North America, Europe and the Middle East.

To get more information about Ottonomy's funding you can view its profile on Crunchbase or visit www.ottonomy.io. To see Ottobot 2.0 in action, watch this video.

Ottonomy.IO is a deep tech startup, providing contactless deliveries using fully autonomous robots. Its primary focus is on helping organizations in different industries to automate indoor and outdoor contactless deliveries. Ottonomy was recognized as among the top 50 robotics companies worldwide in 2021 by Robotics Business Review and has won the Sustainability Product of the Year Award for 2021 by the Business Intelligence Group.