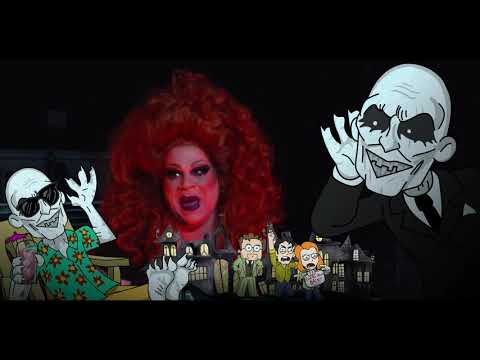 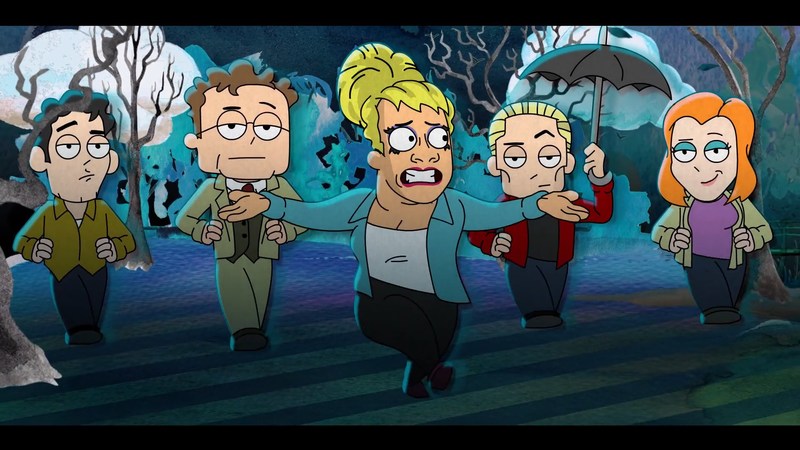 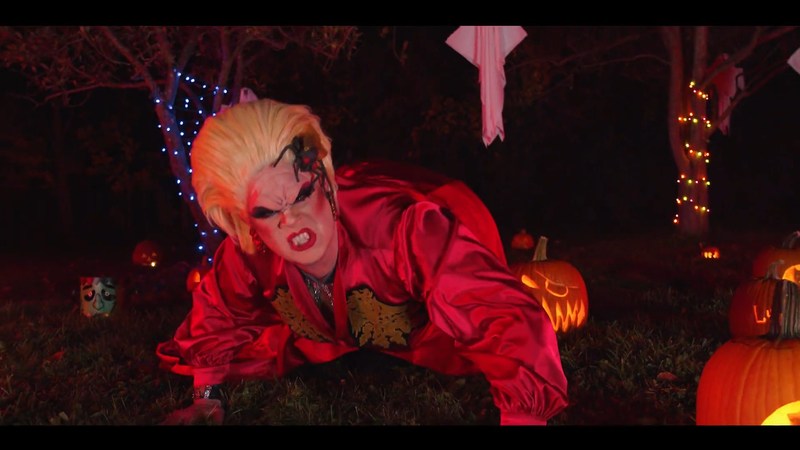 COLUMBUS, Ohio, Oct. 30, 2020 /PRNewswire/ -- Drag Superstar Nina West has come to SLAY this Halloween season, literally! Her new Spooktacular Variety Special HEELS OF HORROR began streaming on VIMEO on October 28th 2020. As part of the special Nina created an ode to one of her favorite TV shows of all time, Buffy The Vampire Slayer. Written by Nina West and Mark Byer, with a video Directed by Brad Hammer and animations by Kevin Posnanski and Shawn Adell, NINA THE VAMPIRE SLAYER, features the voice of SNL's Taran Killam as well as an appearance by original Buffy The Vampire Slayer cast member Anthony Stewart Head! It tells the story of a group of friends gathered around a campfire to listen to spooky stories about vampires on Halloween. However, Buffy The Vampire slayer superfan Nina keeps interrupting the storyteller (the voice of SNL's Taran Killam) with "OMG, IT'S JUST LIKE THIS ONE TIME ON BUFFY!.." and her excitedly singing how each ode likens to her favorite episodes of Buffy through recaps using animated versions of the original Buffy The Vampire Slayer Cast.


The video can be seen here. The single is streaming on all Major platforms. Get it now!

Tickets for Nina West's HEELS OF HORROR Halloween Spooktacular are on sale now at www.vimeo.com/ondemand/heelsofhorror with support from charity partner and presenting Sponsor Equitas Health.

Nina West is an American drag queen, actor and singer based in Columbus, Ohio played by Andrew Levitt. She rose to national prominence with her appearance on RuPaul's Drag Race Season 11, where she placed sixth and won Miss Congeniality.

She made history at the 71st Primetime Emmy Awards in Sept 2019 when she became the first ever person to walk the carpet in Full Drag, while her season won 5 Primetime Emmy Awards including best Reality Competition Show. In June 2019, New York magazine named West one of the top 100 Most Powerful Drag Queens in America. On November 8th, she released her first Christmas EP, "The West Christmas Ever" featuring Disney Legend Jim Cummings which debuted at #5 on the Billboard Comedy Charts. Her animated short "Coaster", was shortlisted for a 2020 Oscar, Her Podcast "Dragcast with Nina West" relaunched in 2020 with guests including Glenn Close, Patricia Clarkson, Daisy Ridley, Jared Harris, Tituss Burgess, Kristin Chenoweth, Orfeh, Caissie Levy, Pentatonix and more.

More on Ohio Pen
West has been performing in central Ohio and around the United States for the last 18 years, doing regional theater and of course, drag. As Nina West, she has produced over 35 main stage production shows. West hosts the annual "Heels of Horror" show at Axis Nightclub and has also hosted the competition "So You Think You Can Drag?'. In 2008, she won the Entertainer of the Year award, and was included in Columbus Business First's "40 Under 40" list in 2018 and 2019.

Nina is a LGBTQ advocate and has raised over $3million for charitable causes in the last decade alone through her charitable foundation The Nina West Foundation. On June 17th 2020, Nina released a charity partnership with Country Music Legend, Dolly Parton - The "Dolly X Nina Kindness is Queen" Collection - with all proceeds going to the Dolly Parton Imagination Library and The Nina West Foundation to benefit LGBTQ+ youth and Illiteracy.